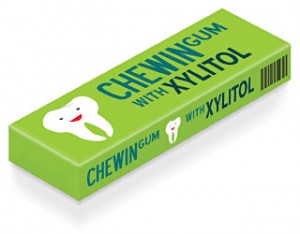 We just wanted to remind everyone to be very careful with products with Xylitol around your dogs! It’s a sweetener used more and more in things like candies and gum. Though safe for humans, even small amounts of xylitol can cause hypoglycemia (low blood sugar), seizures, liver failure or even death in dogs. We recently spoke to a customer whose little dog somehow ate a stick of gum with xylitol (they didn’t have any in their house, and they figure the dog hoovered it up on a walk and they didn’t see it). The owner saw his dog in the yard a short time after their walk and she was swaying and drooling. She was rushed to the emergency hospital where they were able to remove the gum (less than an hour from ingestion), which was lucky, as if it had been in her stomach longer, it could have been a fatal dose. They have a protocol where a dog has to be then boarded for 3 days so it can have its liver values tested regularly, as it’s common for dogs to continue to have a risk of crashing in that time period. This event also cost him $1600. Shortly after, one of our employees’ dog got into some gum in the house and they were also very lucky to find her quickly and discern the problem, but her little dog’s liver values were very seriously high. Please share this information, reminding your dog owning friends and family to be very vigilant about keeping your dog away from this very dangerous substance for dogs. More info here

One Response to “Safety Alert! Xylitol is deadly for dogs”