Part Two in this three-part series: 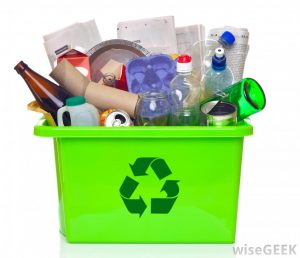 Have you heard that we can no longer recycle many kinds of plastic in the US that we’ve gotten used to being able to recycle?
We were so disappointed when we heard the news that China has stopped importing post consumer plastic waste. We try hard as a Green store to find creative ways to reduce the amount of waste that we generate and to find ways to re use everything we can, but for some materials, mostly soft clear plastics like plastic bags, we relied heavily on recycling. This recent import ban crates an enormous challenge for us and for all consumers, as the amount we are forced to send to landfill will increase quite a bit.

The Chinese recycling industry had been a $5 billion annual business, and scrap and waste was the sixth largest U.S. export to China. When shipping containers come into the U.S. from China they are laden with products, but those empty containers must return to China. Due to the trade deficit, this resulted in heavily discounted shipping rates that allowed huge volumes of mixed paper and plastics to be delivered inexpensively to China for recycling. Last year China imported 7.3 million tons of waste plastics, primarily from the U.S. and Japan. Non-curbside plastic has almost no other place to go if it can’t go to China (except our landfills). 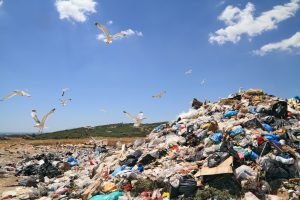 wishful recycling can result in whole loads being sent to landfill. Photo from Adobe Stock

Economic Impact for Recycling Industry and their U.S. workers:
The Institute of Scrap Recycling Industries (ISRI) quickly condemned the ban, stating it would have a “devastating impact” on recycling on a global scale and in the U.S. Robin Wiener, ISRI’s president says, “More than 155,000 direct jobs are supported by the U.S. industry’s export activities, earning an average wage of almost $76,000 and contributing more than $3 billion to federal, state, and local taxes. A ban on imports of scrap commodities into China would be catastrophic to the recycling industry.”

So Why Did China stop taking plastics for recycling?

Part of the problem is that plastic is made from petroleum, and now that oil prices are so low, it’s often cheaper to make new plastic than to go through the trouble and expense of recycling old plastic.
However the bigger reason seems to be that these recycled materials have been arriving with serious contamination issues.

The WTO filing references recent Chinese government efforts to clamp down on the quality of recovered material imports into the country. Through those actions, “we found that large amounts of dirty wastes or even hazardous wastes are mixed in the solid waste that can be used as raw materials,” the environmental ministry wrote. “This polluted China’s environment seriously,” the filing continues. “To protect China’s environmental interests and people’s health, we urgently adjust the imported solid wastes list, and forbid the import of solid wastes that are highly polluted.”

This is actually the primary hurdle that all recyclers face.
When food wastes and other garbage is mixed in with the materials that can be recycled, they can ruin the recyclability of that material. Some mechanical sorting is a big part of the process, but non-recyclables can really mess up the machinery. The sorting machinery is designed to sort only the list of items allowed in the collection bins. As screens sort paper and cardboard from the chunkier plastics, flat lids can get mixed in with the flat paper, which is why you can recycle tubs but not their lids. Plastic bags can clog sorting machinery, as can electrical cords and metal wire. Sorting these things by hand is very labor intensive and therefore expensive.
Check out this behind the scenes footage of Portland’s recycling centers

Materials such as plastic must be clean to be able to be melted down properly and make it a reusable material, so food or chemical waste can ruin that.

People assume that “plastic is plastic” and so they put items like clamshells into the curbside bin, just hoping that the recycling facility will just have to recycle it with the rest. However, the things that are allowed in bins are allowed because there is a market for that specific type of plastic. Shampoo bottles and tubs are made from a certain kind of plastic that manufacturers are seeking to make specific products. Clamshells are a different kind of plastic for which there is no current market, and as stated above, the machinery used to sort mixed recyclables isn’t designed for the shapes and type of plastic clamshells are made of. Different plastics also have different melting points, such as water bottles and their plastic caps. Removing and discarding the caps is critical to the success of plastic bottle recycling.

This contamination can result in entire loads being landfilled, and ruining the chance of the recyclable materials actually getting recycled. So, recycling right is more important than recycling more.

Paying attention to what is allowed in the bins protects the integrity of the materials that can be recycled, so being a good recycler means being careful about what you put in those bins.
We all wish we could recycle more, but wishful recycling only causes more problems – this ban that China has enacted should be a big wake up call as to the repercussions of contaminating recyclable materials.

What should we do to not overload our landfills? With more than 30 million tons of plastic waste generated in the US each year and less now is able to be recycled, it’s worth considering a few changes in our thinking.

Click here for Part 3 in this series: Ideas for easy ways to cut down on plastic!