c8xJtH6UcQY
Here’s the original link to this video http://www.youtube.com/watch?v=c8xJtH6UcQY
You know, there are actually people in the world that don’t believe that animals play.
Apparently trampolines are fun for foxes everywhere – here’s another and these aren’t the only ones I found!
IdPI50E0Zdo&NR=1 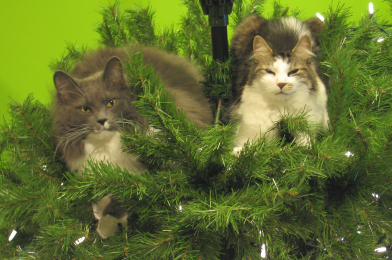 Here’s a funny link to a page detailing how “helpful” this person’s 2 cats are with the tree decorating.
Looks like this is something the kitties look forward to every year. http://www.fluffytails.ca/christmas.aspÂ  Happy Holidays!

I’ve often been frustrated when yet another phone directory is plonked onto my front porch. I don’t really use them any more – this computer here does a good job of finding things. Not only that, but there are multiple companies putting out yellow page type books, so volume after volume gets delivered, making me feel such sadness at the waste. This nonprofit org is working on changing all of this – even though there is no current mandatory opt out list available (like the National Do not Call list), they are advocating for making Yellow Page delivery optional: ‘I’ll order one if I want it’. This would be a huge step towards cutting the enormous waste in resources from making, shipping, and delivering these huge books that people might just be throwing away.
Here’s a link that helps you to opt out of Yellow page delivery if you so desire: 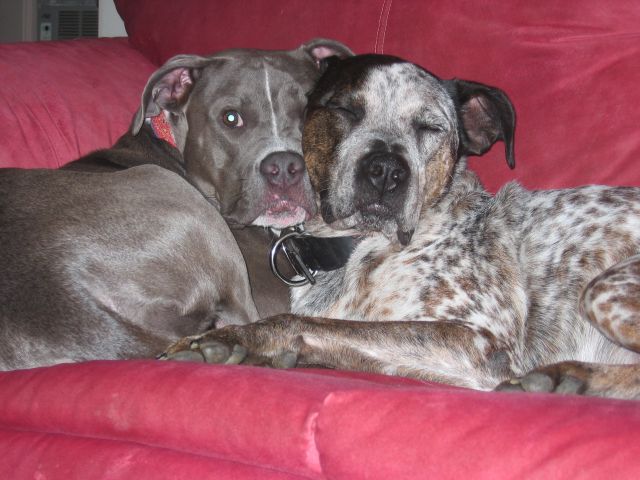 Lately we’ve had a surge in sensational stories about pit bulls on the news. It’s a terrible shame, as * any * poorly socialized dog has the potential to be dangerous. Many bites from many breeds of dogs go unreported, and very few make the news. Pit Bulls almost always make the news, giving the mistaken impression that they bite more frequently that other dogs. This is false.
Here are some snippets I’ve found in the past few days:
Along time trainer and expert in Canadian dog bite statistics, Marjorie Darby, points out that “In Ontario, a â€˜pit bull’ killed another dog, and it was front-page news, that reappeared in the media for weeks. The owner was swiftly taken to jail. Around the same time, two Labs killed another dog, and attacked a â€˜pit bull’ without any real media interest. The owner of the Labs was not charged with any serious offense. There are other blatant incidents, as well. One weekend, two off-leash dogs (one of them being a â€˜pit bull’) got into a squabble, and every major media agency reported the incident. That same weekend, a child was mauled by the family’s Golden Retriever, and not one media outlet covered the story.”

The truth is that Breed Specific Legislation is simply not a practical solution to curbing dog aggression. To quote Ms Darby again: “No matter what dog â€˜breed’ tops the dog bite statistics, the vast majority of bites are still attributed to other breeds.” Clearly, banning a single type of dog (instead of creating policies that enforce responsible ownership of any dog) would be ineffective at curbing the majority of dog aggression.
Breed Specific Legislation is also very unfair to the thousands of well socialized dogs belonging to responsible owners. “In the U.S., even extremely conservative estimates suggest that only 0.00002% of the â€˜pit bull’ population has killed. This is much lower than the human population (men, in particular). Whatever someone’s views about â€˜pit bulls’ might be, it can’t change the fact that at least 99.99998% have never, and will never, kill anyone.”

Time and time again studies have shown that there is not a correlation between breed type and aggression. Take for example an excellent five year study which was published in the Cincinnati Law Review in 1982, vol. 53, which specifically considered both Rottweilers and “Pit Bulls” and concluded in part that: “The statistics did not support the assertion that any one breed was dangerous.
When legislation is focused on the type of dog it fails because it is unenforceable, confusing, and costly.
Focusing legislation on dogs that are “vicious” distracts attention from the real problem, which is irresponsible dog ownership.” Legal Review (a very large PDF format file)

I could go on and on, but our wonderful employee, Julie says it best. Please read her beautiful letter in response to a call for Breed Specific Legislation in today’s Oregonian Opinions section:

Did you know that in the month of October, 2008 alone:

-A 2 year old girl suffered a bite to the face by a golden retriever/lab mix?
-A policeman was taken to the hospital after being bitten on the hand and arm by a police canine?
-A dachshund was viciously attacked and killed by a police canine?

These are only a few of the dog-related incidents that you probably heard nothing about. One major reason?

Unfortunately for the dogs that were once America’s favorite breed, the media is playing a major role in fueling the public’s fear of pit bulls. Stories of pit bull attacks are sensational, and sensational stories sell. Often a dog attack that involves a dog that simply looks like a pit bull, or a dog that is a mix of a pit bull, is reported as a “pit bull attack”. This not only skews statistics on dog bites, but creates an obscenely biased view of the breed in the public’s eye. What the media fails to consider is that explicitly covering pit bull related incidents only makes it harder for responsible, caring people to own this loyal breed, while simultaneously making it even more attractive for irresponsible people to use and abuse this notably powerful dog.

That said, pit bulls are certainly a powerful breed. They are known for their excellence in weight pulling and their sleek muscular bodies. Yet pit bulls are obviously not the only powerful breed of dog, nor are they anywhere near as big or strong as some. While German Shepard Dogs, Rottweilers, Dobermans, Labradors, and Golden Retrievers, for example, are all quite similar in size and strength to the “pit bull type dog”, dogs such as Great Danes, Mastiffs, St. Bernards, and Bernese Mountain dogs dwarf pit bulls. Thanks to the media, you typically won’t hear about it if these dogs attack, but the damage is no less. And, for the record, there is nothing about a pit bull’s jaws that differs from the jaws of other dogs. Period.

One of the major factors influencing the number of dog bites per breed is the popularity of that breed at that time. Clearly, pit bull terriers are a popular breed, and, sadly, they are often popular with people who want dogs for the wrong reasons. In the seventies, the breed of choice for irresponsible dog owners was the Doberman Pinscher. In the eighties, it was the German Shepard Dog. Now, sadly, the breed of dog that was America’s first dog to be decorated a war hero has taken the hit as the target for the most horrifying dog abuse and neglect in our country.

What good will it do to ban pit bulls? People who want guard dogs will not simply give up the idea of having dogs as protection. Another breed will become the choice for abuse, and the aggression will continue. Breed bans worldwide are being overturned because they have proven to be ineffective. The best way to control canine aggression is by assessing dogs as individuals, and by forcing owners’ of aggressive dogs to safely control their dogs. Stricter laws for aggressive dogs of any breed and their owners make sense. Banning a dog based solely on its breed does not.

If dogs are supposed to be our best friends, then we must be theirs. Proper, positive training and thorough socialization are necessary for all dogs, regardless of their breed. It is past time for people to educate themselves about responsibly sharing our lives with dogs and demanding that all dogs are treated with kindness and respect. Blaming a breed of dog is doing neither of us any favors.

These two videos have been all over the internet these past few weeks. If you haven’t seen them, they’re worth checking out!
Roomba Cat:
LQ-jv8g1YVI
Check out this completely insane dog:
ONT4MQaEkJ0&feature=related

These clips have surfaced on a lot of sites, and they do make me chuckle. As a cat lover, I’d have to say that the funny thing about cats is they all seem to be slightly crazy in their own unique way. This loopy cat seems a bit obsessed with jumping into boxes for fun.
oKiNuHgZSl8
Now that you have the idea of the game, see how it continues no matter how small the box…
l5c8vKbG8kA&NR=1 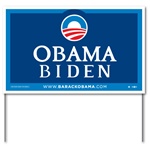 What a great post I found on Ecometro. They not only give local recycling info about where you can bring your old campaign yard signs, they also tell you how to make other cool things from them, like fenders or panniers (carrying bags) for your bicycle. Here’s the link.Â  Anyone have other nifty ideas for things to make from these signs? Feel free to leave it in comments!
If you have time browse around Ecometro’s site – lots of great green tips!! 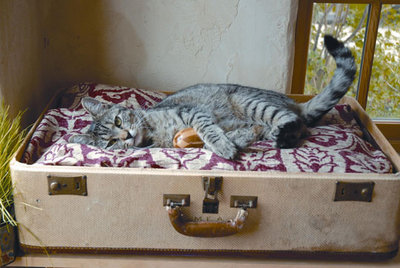 Times are tough and beds can be expensive. I found a couple of cute links for making pet beds out of things you might have lying around the house. Save money and recycle household items that might otherwise be landfilled.
Check out this link for how to make a cat bed out of an old sweater.
This is a very simple bed to make. It would be a perfect cover for an old bed pillow of your own that you’ve retired.

Check out this collection of links with other clever ideas such as using old suitcases and even an office chair turned into cat furniture.

Here’s a dog bed with a bolster back

Owners will have until Nov 24th to file claims to be reimbursed for expenses incurred as a result of their pets being sickened by Melamine contamination in pet food in 2007.